Webinar: Can a Small Plasmid Produce Huge Benefits? The Power of Small

Can a small plasmid provide big benefits for research and development? That was the question NanoplasmidTM inventor, Jim Williams, Ph.D., summarized in this webinar and panel discussion. Dr. Williams was joined by an experienced Aldevron team to answer questions about the combined power of Nanoplasmid technology and Aldevron manufacturing experience.

During this webinar, Dr. Williams provided an overview of the next-generation Nanoplasmid vector platform, including its small backbone (<500 base pairs), which results in improved transfection efficiencies and reduced post-transfection cellular toxicities. He also explained the advantages of the antibiotic-free RNA-OUT selection system which represses the SacB gene at the mRNA level, inhibiting the production of Levansucrase, which is responsible for creating a cytotoxic byproduct when reacting with sucrose in the growth media.

This novel selection method eliminates the possibility of antibiotic resistance genes transfer to patients, and propagation is R6K strain dependent, so it cannot propagate in commensal bacteria found in patients, further adding to its safety profile.

Nanoplasmid has combined all the benefits of conventional plasmids and minicircles by improving the transfection efficiency via its small backbone, leading to decreased transgene silencing, less cellular toxicity post-transfection given the removal of the bacterial backbone containing antibiotic resistance and other bacterial genes, and improved manufacturing as compared to minicircles.

The webinar highlighted published articles from clients who compared in vitro and in vivo transfections using electroporation techniques with Nanoplasmid as compared to conventional plasmids. It was discovered that Nanoplasmid significantly improved transfection to tissues both in vitro and in vivo. Additionally, it allowed the users to lower the voltages used for electroporation while maintaining enhanced gene expressed delivered by Nanoplasmid.

During the Q&A section, viewers asked about the benefits of Nanoplasmid in various applications, including AAV, Lentivirus, as an mRNA production template, CRISPR/HDR template and transposons, in addition to its current uses in clinical trials. In one reviewed case study, Nanoplasmid improved the manufacturing and yield of plasmids used in the production of AAV.

Furthermore, the dangers of the inverse packaging of the ITRs seen in AAV were discussed, as it leads to antibiotic resistance gene transfer to patients when using conventional plasmids. In the case of Lentivirus, viewers learned they could see a significantly increased yield in their Lentivirus titer while gaining the added safety profile of Nanoplasmid’s antibiotic-free selection system. You can learn more by viewing Dr. Williams’s webinar using the form below and downloading this list of Nanoplasmid publications. 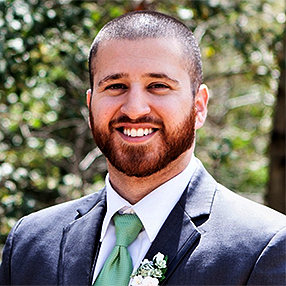 Patrick Paez serves as a technical marketing manager for Aldevron’s marketing team. He earned a bachelor's degree in Pre-Medicine and Psychology, and a Ph.D. in Immunology at Virginia Commonwealth University (VCU) in Richmond, VA. His Ph.D. training at VCU's Medical College of Virginia campus was in a translational science lab at the Massey Cancer Center, where he focused on developing immunotherapeutic interventions in the field of immuno-oncology for phase 1 clinical trials.
The Power of SmallDecember 14, 2022
Webinar: Can a Small Plasmid Produce Huge Benefits? The Power of SmallOctober 17, 2022