mRNA’s rise amidst the COVID pandemic

The introduction of mRNA vaccines by Pfizer and Moderna for COVID-19 took much of the world by surprise. But for Katalin Karikó, Pieter Cullis, and Drew Weissman, among others, it was merely the culmination of decades of research and development. Implementing a novel modality during such a public health crisis took confidence, determination, and the hard work of millions of people. It didn’t happen overnight.

Discovered in 1961, mRNA has long been an attractive prospect for therapeutics. Marred by a naturally short half-life, immunogenicity, and difficulty in manufacturing scale-up, researchers (and foundations that normally fund research) viewed the potential of the molecule as nothing more than a pipe dream.

However, a series of key developments, including the use of modified nucleotides, the lipid nanoparticle (LNP), and improvements to the in vitro transcription (IVT) manufacturing process, have allowed that dream to become a reality. And as the world moves to a new normal, mRNA takes center stage.

Milestones, modifications, mechanisms
The first mRNA vaccine was injected into mice in 1995 by Robert Conry; ten injections of naked mRNA transcripts over five weeks elicited an immune response against a cancer antigen, yet foreign, naked mRNAs were simply too unstable in the body. As the news failed to capture attention, funding on the topic remained scarce.

The first critical milestone towards an mRNA vaccine was the implementation of a modified uridine (pseudouridine) within the transcript. A naturally occurring modification, it was Karikó and Weissman who first noted the use of pseudouridine to escape Toll-like receptor (TLR) detection, diminishing the immune response to the mRNA. This greatly increases longevity of the transcript while also improving the translational effects.

A new delivery mechanism for the mRNA was needed as well. While the modified nucleotide minimized the immune response on the way to the cell, it was Cullis’ lipid nanoparticle that would carry the transcript into the cell. The composition of these LNPs, containing both neutral and positively charged aspects, facilitate entrance into the cell and release of the mRNA into the cytoplasm for transcription.

Even after the proof of concept was realized, an unprecedented scale up in mRNA production had to take place. Despite a relatively efficient production process using IVT enzymes, transitioning to the multi-gram scale for billions of vaccine doses required key partnerships throughout the biotechnology space to increase expression and manufacturing efficiency.

Breakthroughs in manufacturing processes for historically low-expressing enzymes such as vaccinia capping enzyme (VCE) saw 10-fold increases in scale, for instance. The improvement of quality systems to support the transition from Research Grade through cGMP manufacturing was another hurdle. But through the perseverance and dedication of all, the world is finally beginning to see the potential of mRNA, as new COVID cases see a steady decline.

The set stage
COVID-19 has brought with it changes in society and what’s considered normal, but leaves in its wake a promising, diverse new therapeutic platform. Researchers are taking notice, with a scientific renaissance before us, centered around the vast potential of mRNA:

And as the mRNA therapeutic landscape grows, the manufacturing, logistics, and quality infrastructure will be ready to grow along with it. 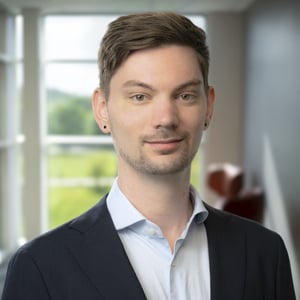