One Health: A Connection Between People and Animals

When we talk about One Health, just what do we mean? On its own, the phrase can be interpreted to mean many things, but for what we do in the biotechnology field, it encompasses human and animal health and disease, along with related environmental and epidemiological components. Essentially, it defines how people and animals interact with, and within, our shared environments, especially in reference to health and developing treatments for diseases. This is an important consideration, where human and veterinary fields should be considered complementary research and treatment fields. As an example, approximately 75% of emerging human infectious diseases originate from animal reservoirs, while more than half, approximately 60%, of human pathogens affect animal populations.

What we should recognize is that as we develop novel disease treatments, there are opportunities for both human and veterinary applications. In recognition of that, the president of the American Veterinary Medical Association has made One Health one of the priorities of the organization for the coming year.

A two-century-old health concept
One Health is not new, with the link between human and animal health, or “zoonosis,” having been recognized since the early 1800s. However, as populations of people and animals grow, with an increased amount of interaction, climate and environmental changes, and greater mobility between all populations, more emphasis is now being placed on a consolidated approach of evaluating and addressing zoonotic diseases.

One Health is continually being refined, though, as this timeline developed by the Centers for Disease Control shows, the most significant initiatives and government programs driving the concept have occurred in the last 10 years.

As part of that development, some of the most recent significant initiatives for One Health have focused on management and eradication of zoonotic disease outbreaks. These have primarily been aimed at those events with widespread implications for human health which also dramatically affect the food chain with associated economic implications, such as the avian and swine influenza outbreaks starting in the 2000s.

More than just treatment
One Health does not only directly affect human and veterinary medicine from a communicable disease or economic standpoint. There are several other considerations related to new biologics development in the expanding biotechnology industry as well.

Many novel biologic therapeutics under development are ultimately targeted for use in both human and veterinary applications. However, there are also veterinary studies incorporating new biologics that are generating data for translational studies critical for successful development of the corresponding human therapeutic. This important comparative work is expected to continue growing as One Health initiatives and the biotechnology market continue to expand.

Where is One Health leading?
Many of the areas of focus in the biotechnology industry are related to One Health in some way. Treatments being developed for various forms of cancer and rare diseases could someday go beyond human treatment and be applied to companion animals as well. Research underway now may have a larger effect if that becomes the case, with some notable examples including:

Where to learn more
As One Health encompasses a broad category of cross-disciplinary areas, it’s an ongoing development process, especially as we expand our understanding about the connections between human and veterinary medicine. To provide a starting point, here are some resources for you.

Disclaimer: Links provided direct you to non-Aldevron websites. Aldevron is not responsible for the content or the operation of these sites. 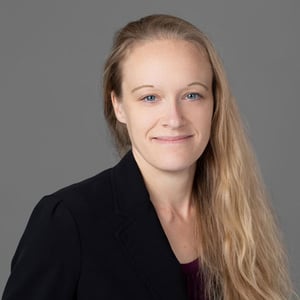 Meagan Gelinske serves Aldevron as the Director for DNA Product Technology in Fargo, ND. Since joining in 2009 she has held positions in several areas throughout the company to include manufacturing, research & development and quality assurance. In her current role she supports new platform development and optimization, product management and training program initiatives as a technical advisor and project manager. Meagan graduated from NDSU in 2008 with a bachelor of science degree in microbiology.
RNA-Ready Cloning Backbones Added to Aldevron Catalog of Available ProductsFebruary 25, 2022
The Benefits of Streamlining and Standardizing Plasmid DNA for Cell and Gene TherapiesDecember 28, 2021
Aldevron Joins Cell and Gene Therapy ConsortiaNovember 17, 2021
Top things to consider when returning to the lab in the era of COVID-19November 10, 2020
What to Consider When Using DIY Kits for Plasmid DNA ProductionSeptember 17, 2020
One Health: A Connection Between People and AnimalsJuly 31, 2017