This article was originally published in the September 23, 2018, edition of The Forum of Fargo-Moorhead and is republished here in its entirety.

FARGO - In the beginning Aldevron was two guys with a lot of time on their hands and an idea that was both simple and bold: They would do a lot of the tedious preparation work that would service biotechnology labs.

The year was 1998 when Michael Chambers and John Ballantyne met at North Dakota State University, where Chambers was graduating with degrees in microbiology, biotechnology and chemistry; Ballantyne was finishing his graduate work in pharmaceutical sciences.

Aldevron was born in a laboratory in Van Es Hall that wasn't much larger than a janitorial closet. They also had office space with the entomology department. Their first order, to prepare a type of DNA, was a $1,080 job from the University of Puerto Rico that took several weeks to fulfill.

"We make that probably in five or 10 minutes now," Chambers said. The material was used for an experimental DNA vaccine for HIV, the AIDs virus.

Today, Aldevron is the world's leading manufacturer of plasmid DNA, a form of DNA that is the base material for use in research and clinical laboratories engaged in gene and cell therapy, gene editing and other fields in the booming world of biotechnology and biopharmaceuticals.

Aldevron is moving into its new headquarters in southwest Fargo, not far from the Microsoft campus.

The two-story building, which cost $30 million to build and equip, has a footprint almost as large as a football field and occupies 70,000 square feet. It has four production lines across 32 rooms, enabling the firm to make 12 to 15 biological drugs at once.

Inside the rooms, each designed to maintain a sterile environment, a collection of stainless steel fermenters and bioreactors where bacteria are hard at work, replicating on a massive scale with their embedded special characteristics to produce biomaterials in quantity for labs and clinics.

In the past year, three new gene therapies have been approved, two to treat cancer and one for blindness, and Aldevron was involved in all three, as it has been in many of the 700 gene therapies approved to date, Chambers said.

Robert Reames, Aldevron's director of technical operations, said the firm can't disclose its clients, but their research makes headlines all the time.

"Every single gene therapy you've seen on CNN or in the news - the DNA was made by Aldevron," he said. In his 11 years with the company, Reames, a Fargo native, has seen revenues grow 40-fold and has seen capacity grow from 50 to 800 lots, or batches, per day.

Chambers, noting Aldevron's supporting role in research, has compared its nuts-and-bolts contributions to gene and cell therapy, gene editing and immunotherapy to providing "picks and shovels."

"But they're very important picks and shovels," he said.

Aldevron has seven acres, to allow room for future expansion. Today the company, which also has locations in Madison, Wis., and Germany, has almost 200 employees in Fargo and routinely has 30, 40 or more openings for newly-added positions, a trend executives said will continue.

In fact, even as it is moving into its new building, Aldevron is working on plans for a second building, to allow further consolidation of operations in Fargo now spread among several locations.

"That building could be bigger than this one," Chambers said. In fact, he added, there's early discussion of a third building, which would house production in close association with the pharmaceutical industry.

Physically, they provide a contrast. Chambers, the younger of the two, is clean shaven and angular. Ballantyne is bearded, and his accent leaves little doubt that he is a native of New Zealand.

But besides sharing a passion for biotechnology, the two complement each other, with Chambers often serving as the public face for the company as chief executive officer and Ballantyne as chief scientific officer.

Chambers grew up working at his grandfather's honey business in Carrington, N.D., while Ballantyne worked in his younger years on commercial fishing boats. Each acquired a work ethic at a young age that would help Aldevron flourish along with the boom in biotechnology and advances in gene therapy and gene editing, enabling medical breakthroughs to occur at a dizzying pace.

By 1999, a year after the company's founding, Aldevron hired six employees and continued to operate on the NDSU campus. The following year, they moved their offices and laboratory into a commercial building in south Fargo, where they still operate.

In the beginning, when money was scarce, Chambers took advantage of rotating credit card offers to pay the bills. In the early days, family members helped out.

"I spent a lot my parents' money," Chambers said, joking. A major cash infusion came when his beekeeper grandfather provided $25,000. The floors of the new headquarters building are decorated with a honeycomb pattern. "It was a huge amount of money," he said. "Well, it's still a huge amount of money."

Rapid growth continued. By 2014, the company had 100 employees and expanded into space at the former PRACS building in south Fargo. Two years later, the payroll had grown to 150 employees and Aldevron continued acquiring capabilities to incorporate new technologies into its production.

Many of Aldevron's Fargo employees are graduates of local colleges, including NDSU, Minnesota State University Moorhead, Concordia College and area technical schools. But employees also come from such schools as Stanford and MIT. Chambers attributes Aldevron's success to its employees, many of whom have been with the company for 10 or 15 years.

"I attribute that transformation to them," Chambers said. Fargo also has helped the company take root and grow rapidly, even though it might seem an unlikely place for a biotechnology firm to locate, far from research hubs on the coasts.

"Fargo's been a real important part of our success," he said. Employees are dedicated, business costs are low, the area provides attractive amenities and quality of life and it's family-friendly environment.

The cost advantage is significant. Chambers said he's been told that the new headquarters and production facility, if built in California, would cost $150 million, five times what it cost to build and equip.

As new biotechnology technologies become available, the biotechnology and biopharmaceutical industries will continue to grow. "Aldevron's growth is directly proportional to the industry's growth," Chambers said. Even so, he added, "If we were in the auto industry, we're still making Model Ts."

"Those are all new customer potentials for us," he said. "The sector is really getting an infusion of funds."

It seems likely that Aldevron will quickly outgrow its new building, which now houses 197 employees and has room for about 270.

"I think it's symbolic that we're right next to Microsoft," Chambers said. "Because what they've done with software we want to do with biotechnology."

A pivotal moment in Aldevron's recent transformation came in January 2017, when the company announced that it was working with TA Associates, a major private equity firm, with offices in Boston, Menlo Park and London.

"We were sort of looking for a partner that could help us with what the next step is," Chambers said.

Ethan Liebermann, a principal at TA, believes Aldevron is strategically positioned to continue to grow with the industry, which Goldman Sachs analysts believe has the potential to become a $4.8 trillion market.

"We saw Aldevron was serving well over 400 clients, all of which are premier players in cell therapy and gene therapy," he said. Plasmid DNA, components found in bacteria, is a foundational building block for biotechnology.

Someday, the Aldevron campus could grow to rival its neighbor, Microsoft, Liebermann said.

"It's an amazing story," he said. "It's one of these still somewhat well-kept secrets of a company. It's been under the radar.

"The new facility we think is the first of multiple buildings on that campus. We are operating in an environment for increasing demand for our products." 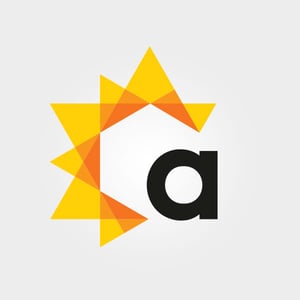