Aldevron, a global leader in the manufacture of plasmid DNA, mRNA and proteins, today announced Shawn McCormick as its Chief Financial Officer. He will begin this new role immediately and will be a member of Aldevron’s executive team reporting to CEO Kevin Ballinger. 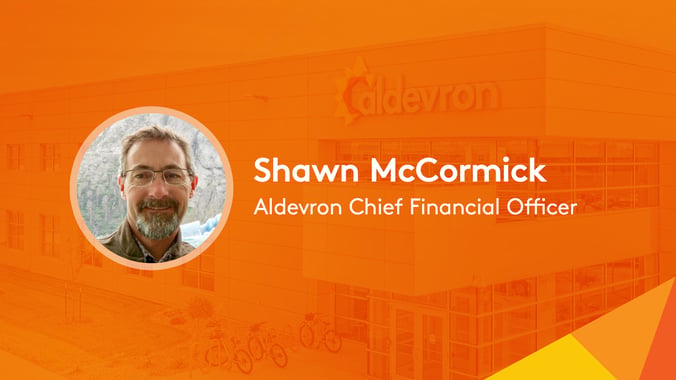 McCormick is replacing Marc Wolff, Aldevron’s CFO since 2018, who will be departing the company at year end.

“I am very excited to announce the addition of Shawn to Aldevron,” said Kevin Ballinger, CEO. “The field of genetic medicine is on the cusp of major breakthroughs and Shawn complements our client-focused mission and service culture. He has an extensive pedigree and impressive reputation in the medical technology industry, leading both private and public companies through rapid growth and strategic transformation. He is an excellent addition to our executive leadership team.”

McCormick began his career in the medical technology industry over 25 years ago in Minneapolis, MN at Medtronic, a $29 billion global medical device leader. During his nearly 17 years at Medtronic, McCormick held several strategic and operational positions of increasing responsibility, including VP of Finance over the Spinal, Biologics, and ENT business and as Vice President Corporate Development. McCormick left Medtronic to become the CFO of ev3, Inc, a publicly traded endovascular company, which was acquired by Covidien. He was then named COO of Lutonix, an early stage drug coated balloon company, which was acquired by C.R. Bard, and later became the CFO of Tornier, N.V., a publically traded global medical device company focused on solutions to treat musculoskeletal injuries. Most recently, he has been serving as a director on several public company boards.

“It is an honor to join the Aldevron team. Having played a leadership role in similar industries experiencing tremendous growth, I am confident we can continue to leverage the impressive talent at Aldevron to further develop and execute plans to build on the established legacy while positioning the company for even greater success,” said McCormick.

McCormick graduated with B.S. degree in Accounting from Arizona State University, Phoenix, and his MBA, with concentrations in Finance and Strategic Management, from the University of Minnesota’s Carlson School of Management, Minneapolis.